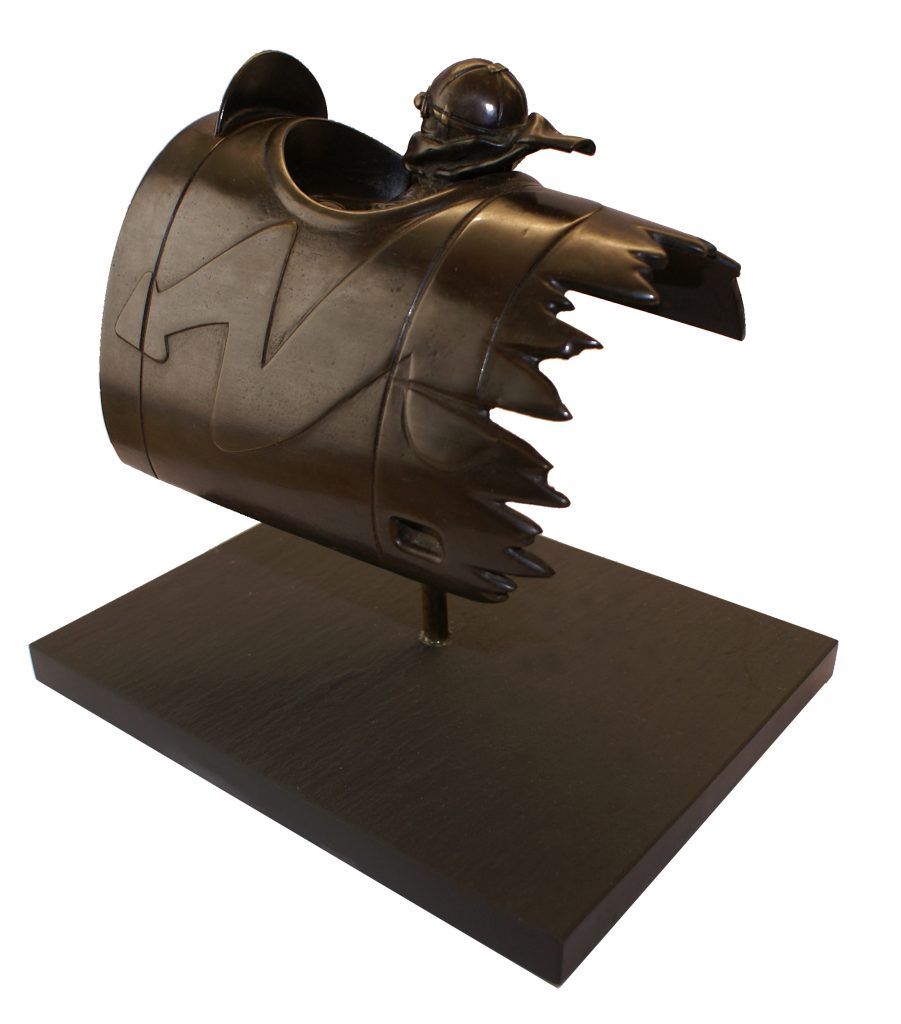 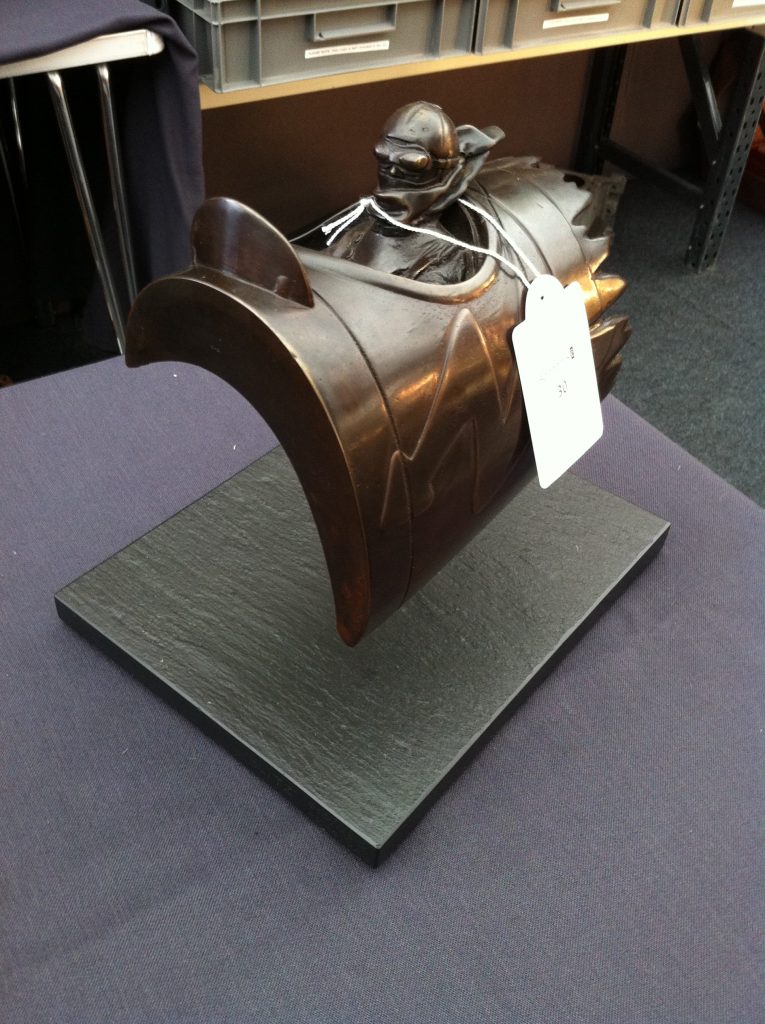 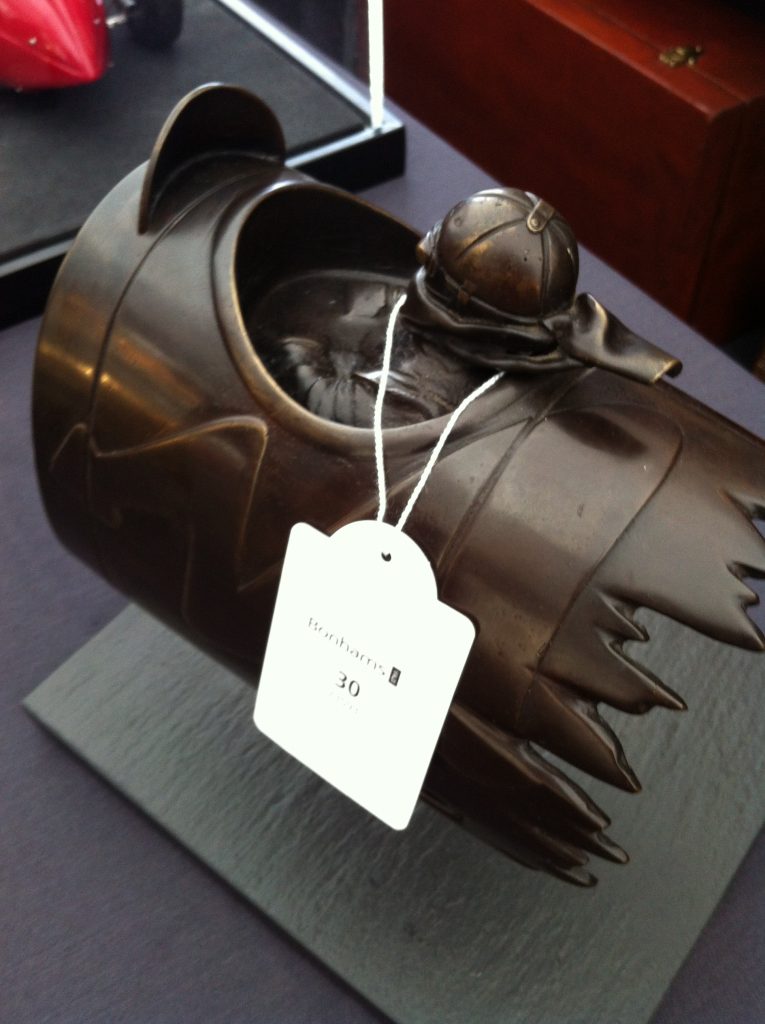 Hans Joachim Theodor Gottlieb von Hippel was born on 12th September 1893 in Berlin, the second child of Prussian general Conrad von Hippel and his wife Else von Hippel. He joined Jasta 5 (fighter squadron) in 1917 having earlier transferred from field artillery to the Luftstreitkräfte.

The Albatros D.Va was a later development of the DIII, much admired by those who flew them, but could not live up to its predecessors reputation. During the latter part of the war, German pilots would paint their aircraft to their own taste. The lightning bolt “Blitz” was mostly associated with von Hippel’s aircraft.

The second piece from the “Knights of the Sky” series, Albatros D.Va pays tribute to its arresting form. The beautifully curved semi-monocoque section providing quite a challenge when trying to convey the essence of this aircraft in such a small section. The Kinetic nature of this piece is naturally enhanced by the pilot’s own paint scheme.

Solid bronze on a Slate Base or Cotswold Stone Cube

An edition of 50, individually numbered and signed 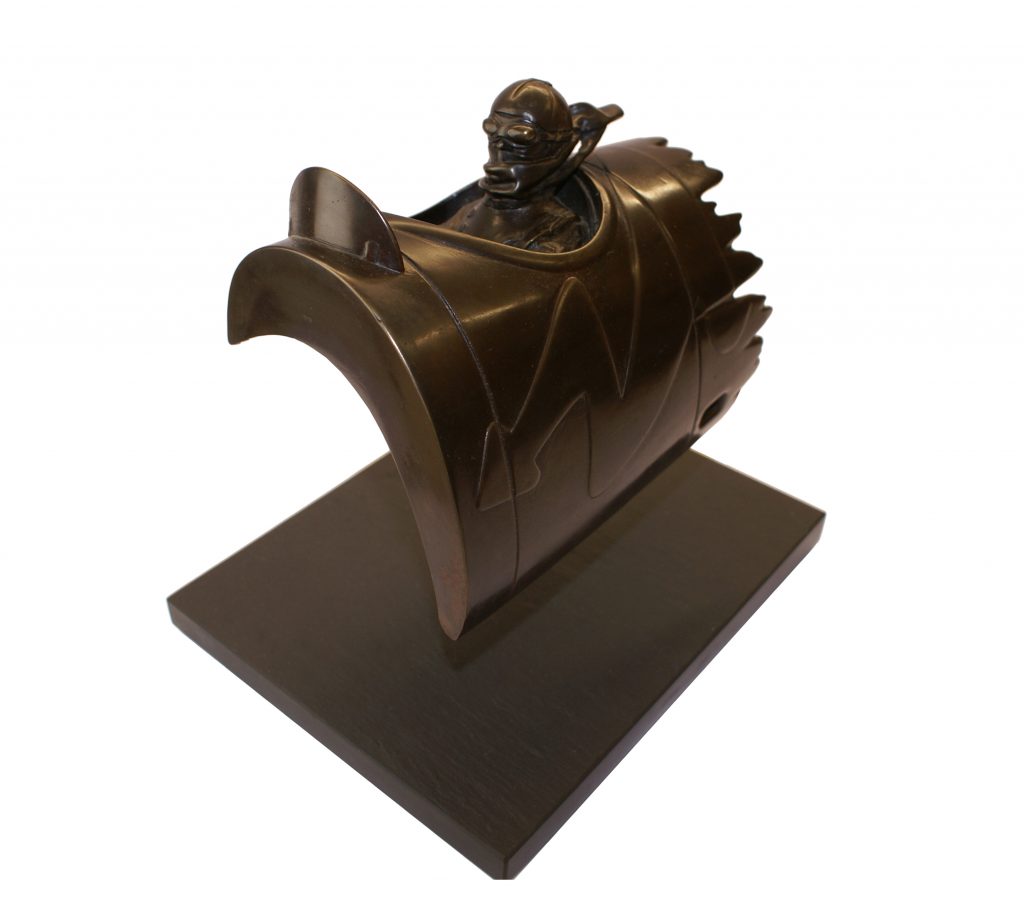 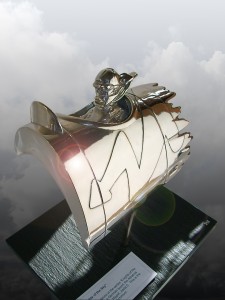