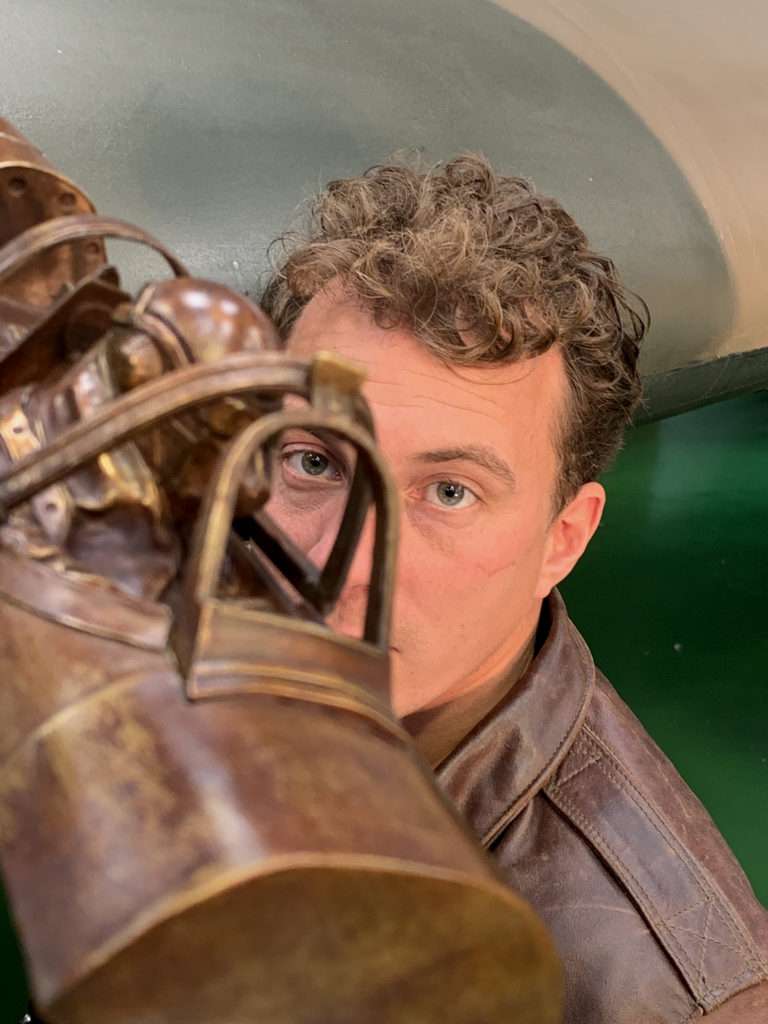 ‘Thankyou for the edition of ‘Endeavour’ its truely superb. Thanks so much for arranging the delivery of this wonderful piece of art. I thought you’d like a picture of it against some billowing clouds..or should I say pillowing clouds!’ David Sproxton, Ardman Animations and creator of the BBC’s Morph character. https://en.wikipedia.org/wiki/David_Sproxton 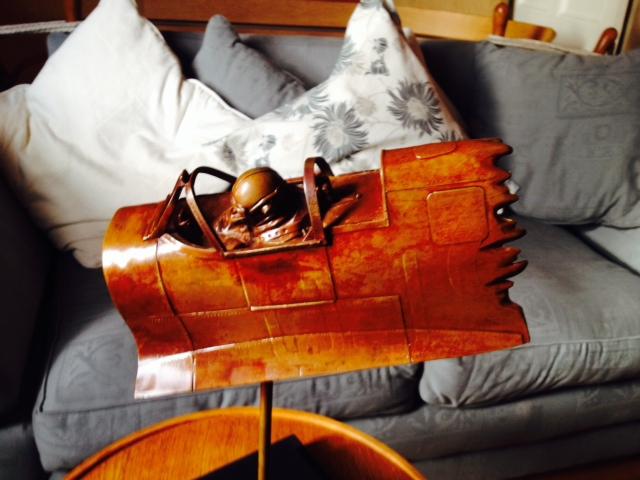 ‘An amazing sculpture, a gift to myself after bing involved with the Spitfire Documentary Film’ Pat Mills, Executive Producer of the Spitfire Film 2018

‘Not only did I take receipt of a fabulous edition, but I also got to meet the artist, thank you for making my day. Please feel free, should anyone ask about your satisfied customers, to use my name as a reference; amongst the others you already have.’ Martyn Ford-jones Historian and Author.

Pride of place for an edition of ‘Endeavour’ “You can’t fly a Spitfire and forget about it. Stays with you forever” – Squadron Leader Geoffrey Wellum R.I.P Another one of the few now gone, Blue skies Geoff 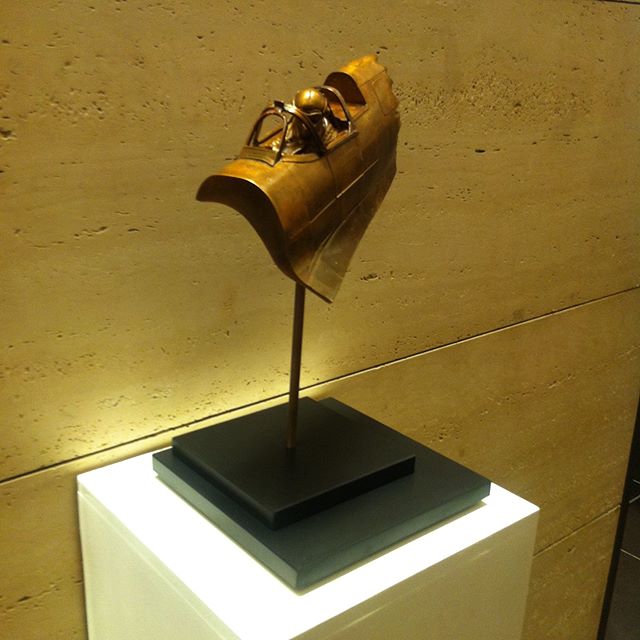 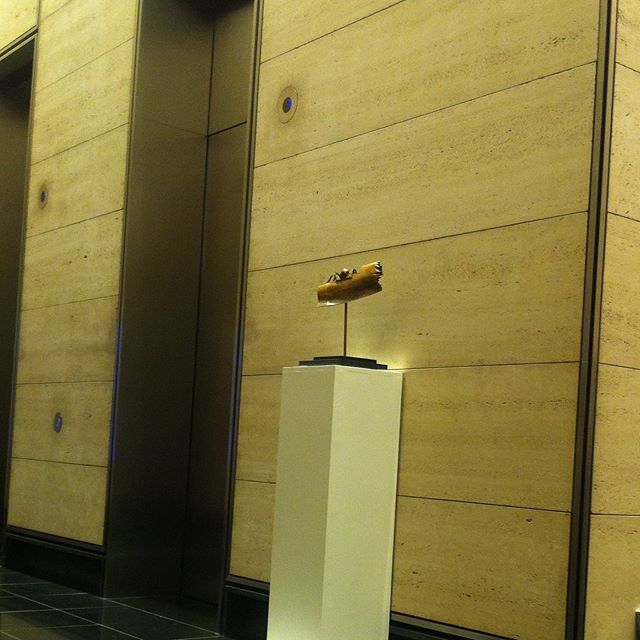 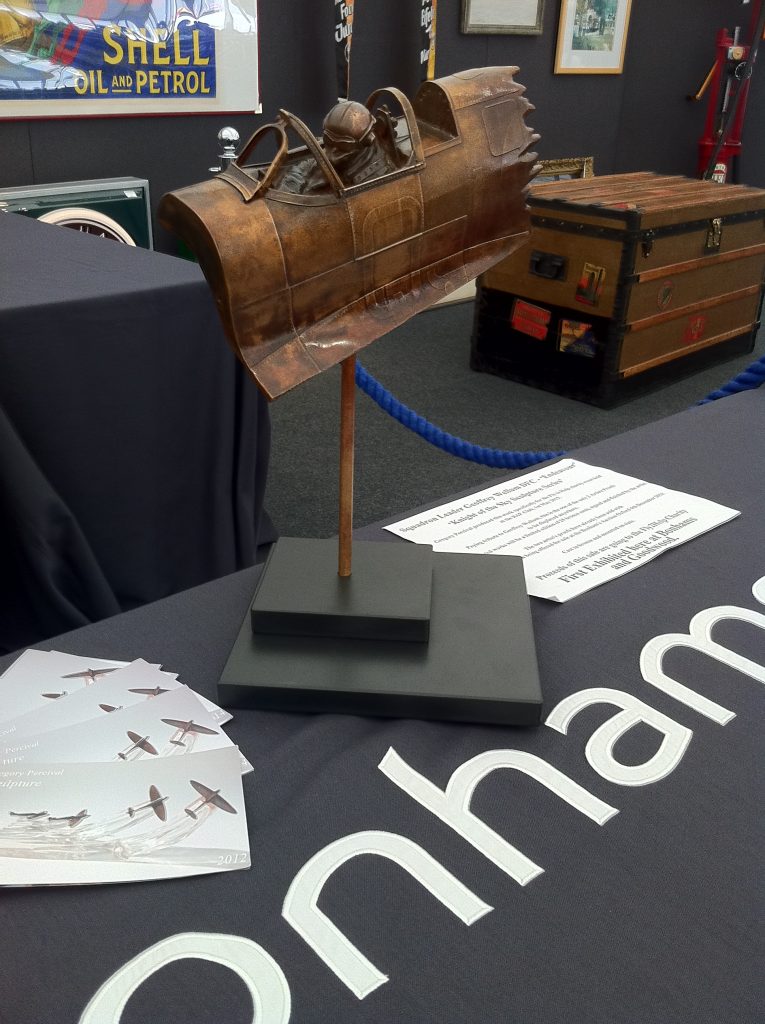 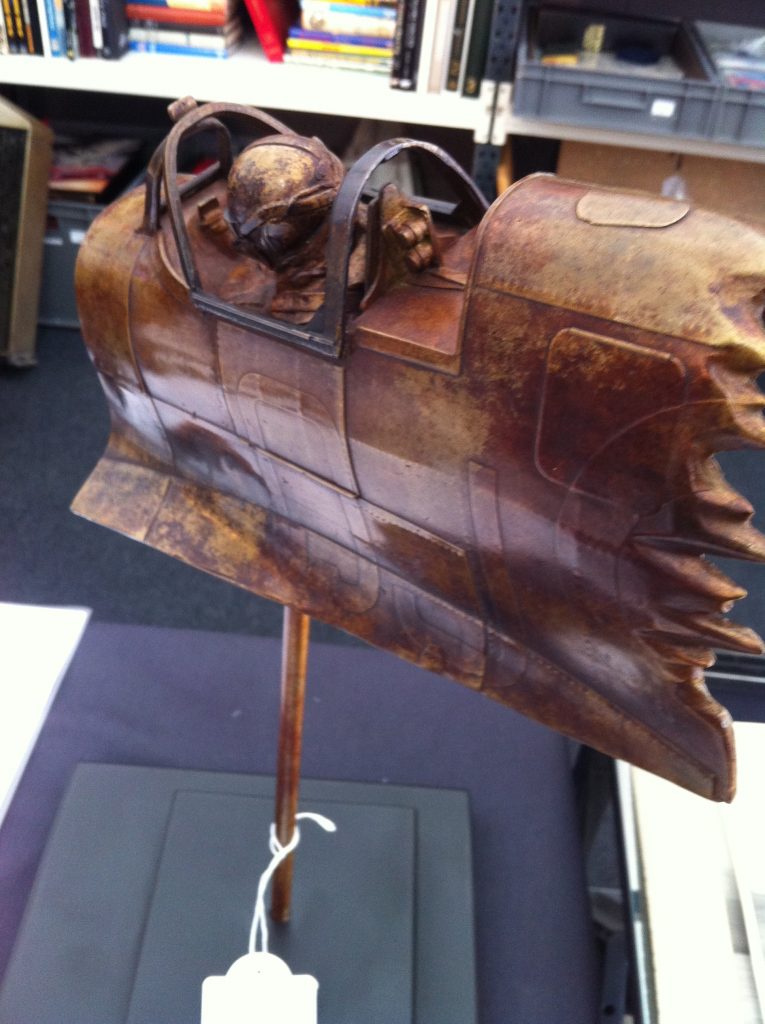 ‘Knights of the Sky’ sculpture series

Gregory Percival produced this work specifically for the Fly to Help charity event held at the RAF Club, 1st May 2013.

Paying tribute to Geoffrey Wellum, the the bronze sculpture depicts the pilot in his Mk11a Spitfire diving and roling to the left.

His Squadron code ‘Q J’ is visible on the body of the sculpture along with the riveting and panelling associated with these aircraft.

The completed work is a limited edition of 25 bronze casts, signed, numbered and finished by the artist. with two artist’s proofs AP001/002 andAP002/002 already sold

An early edition is being sold to the Bonham’s Oxford auction in December 2014 with proceeds again going to Fly2Help.

Cast in bronze and mounted on slate.

Artists Proofs: 2 of each,  Individually numbered and signed. SOLD

Aged eighteen, he signed up on a short-service commission with the Royal Air Force in August 1939. The first aircraft he flew was the Tiger Moth at Desford airfield in Leicestershire, after successfully completing the course he then went on to fly the North American Harvard at RAF Little Rissington with 6FTS.

He was then posted directly in May 1940 to 92 Squadron, flying Spitfires. He saw extensive action during the Battle of Britain. His first Commanding Officer was Roger Bushell, (later immortalised in The Great Escape), and his close colleagues included Brian Kingcome

In February 1942 he was transferred to 65 Squadron based at Debden, being appointed a Flight Commander in March 1942.

On 11 August 1942, Wellum led eight Spitfires launched from the carrier HMS Furious to reinforce the fighter complement at Luqa airfield on Malta. Here he joined 145 Squadron on air defence duties before being rested after a severe bout of sinusitis. 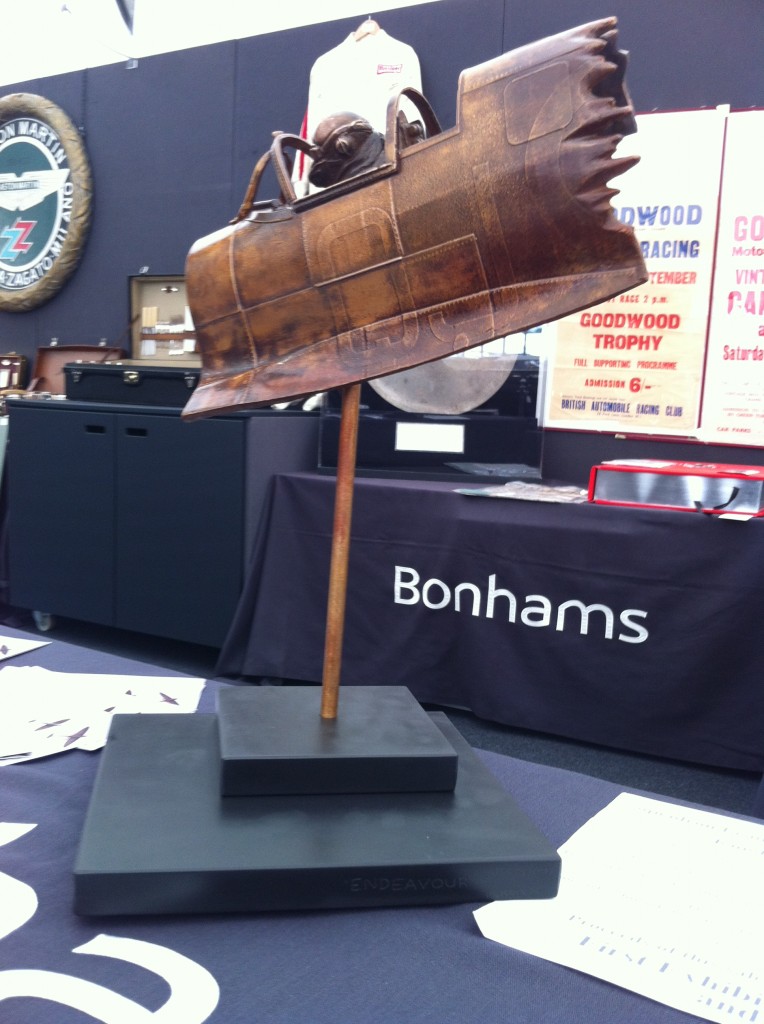 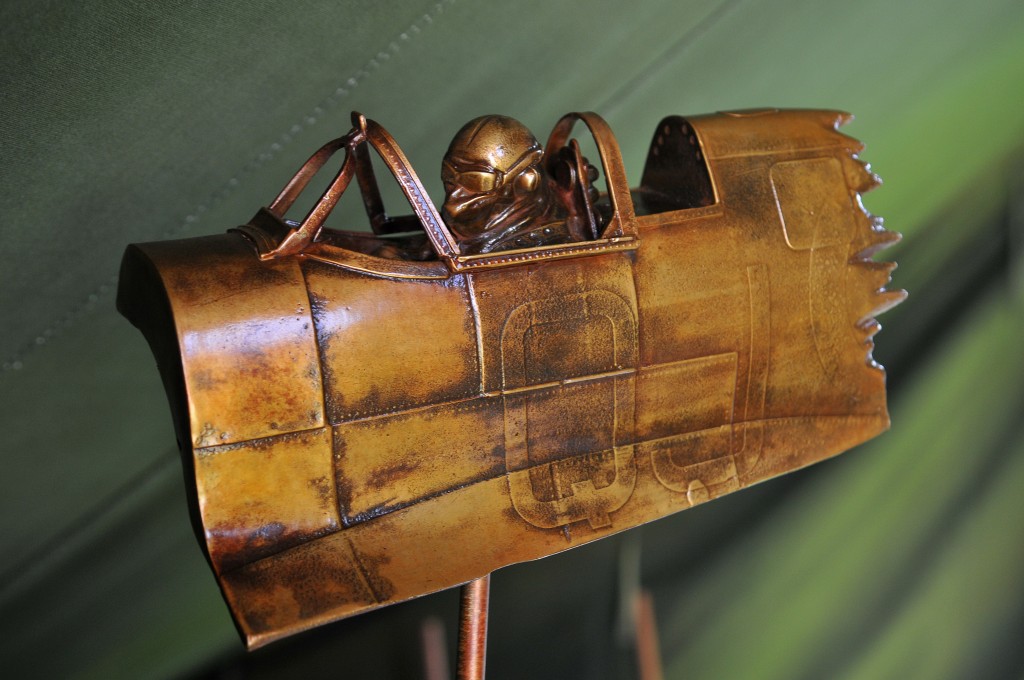 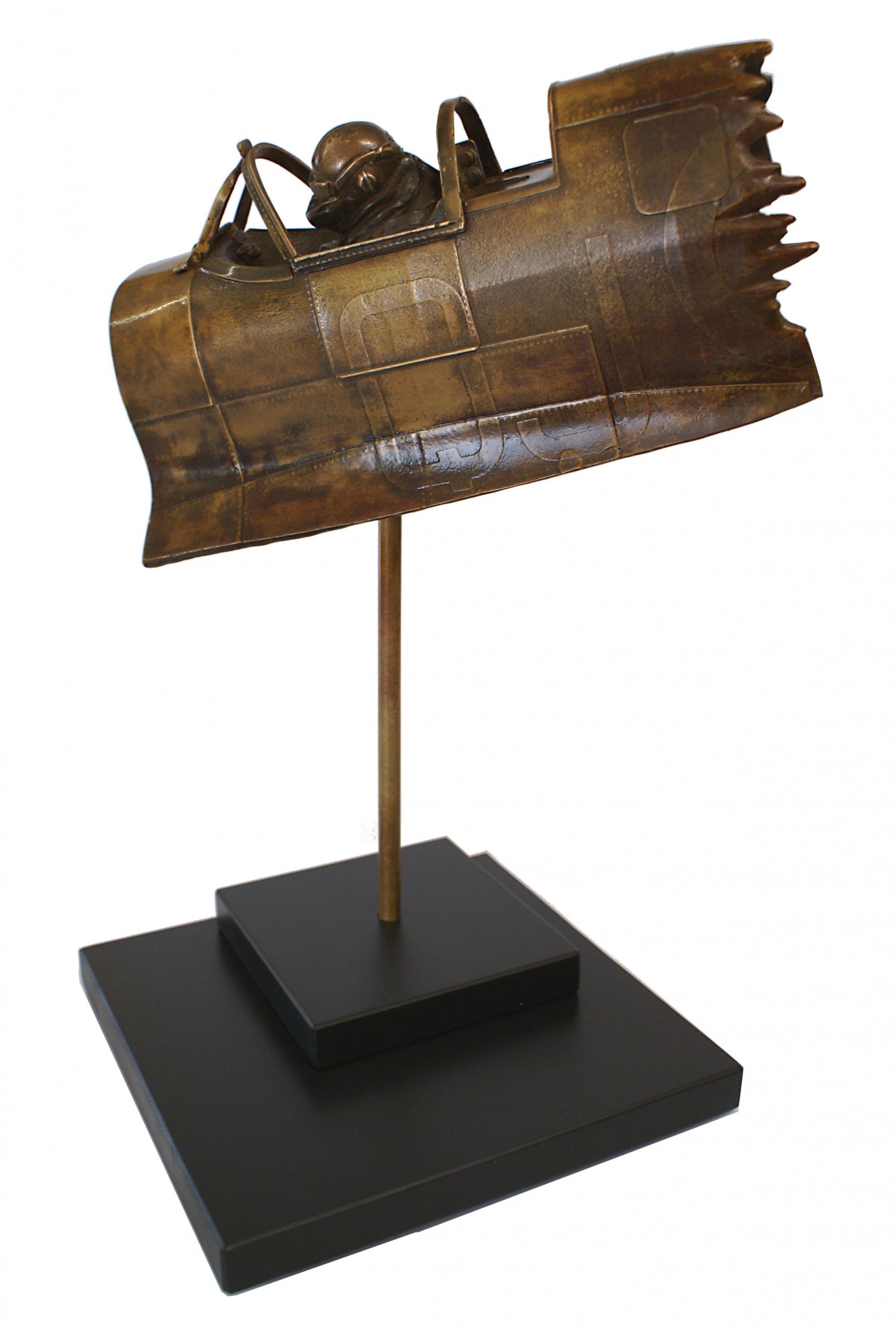 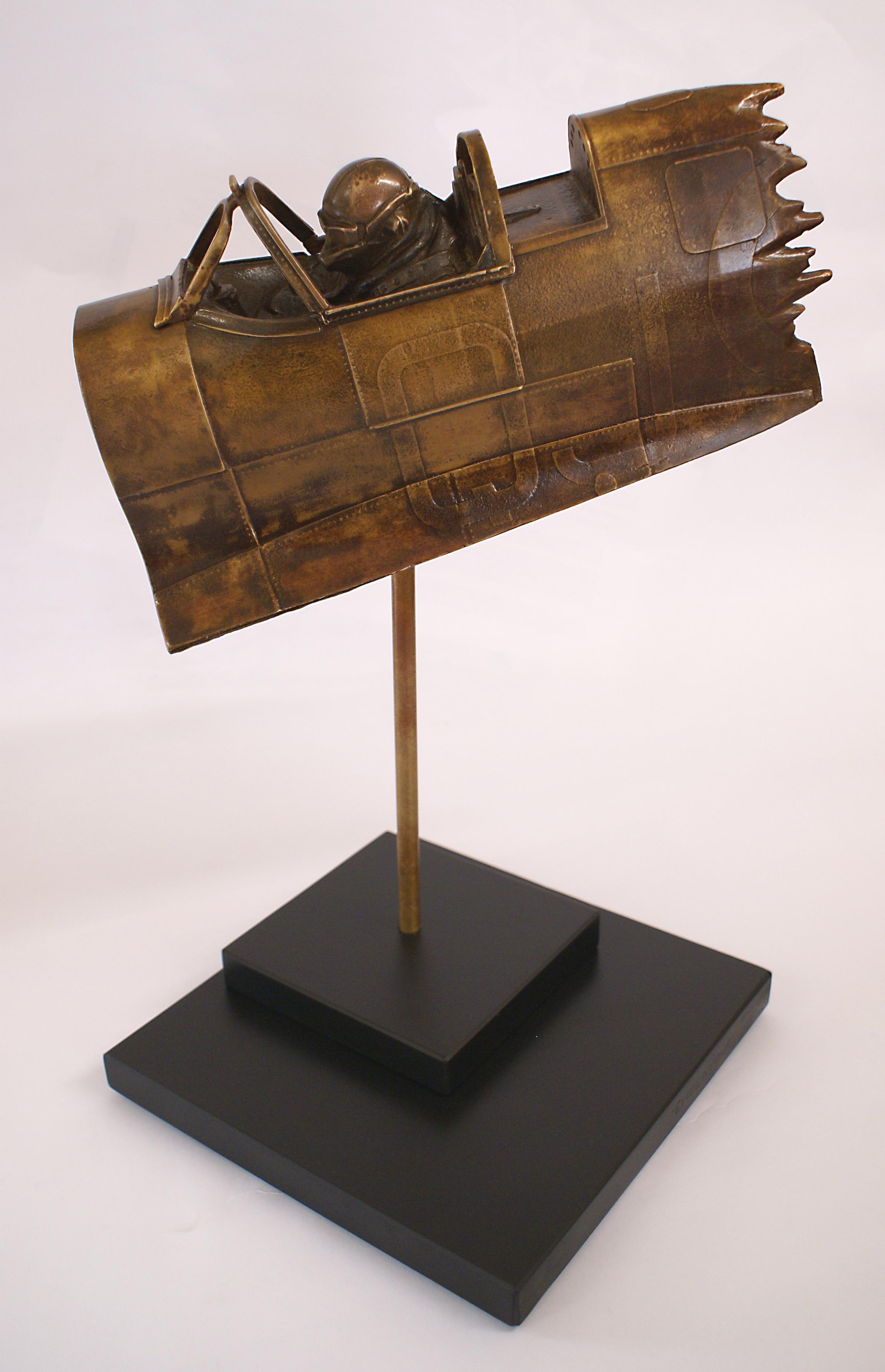 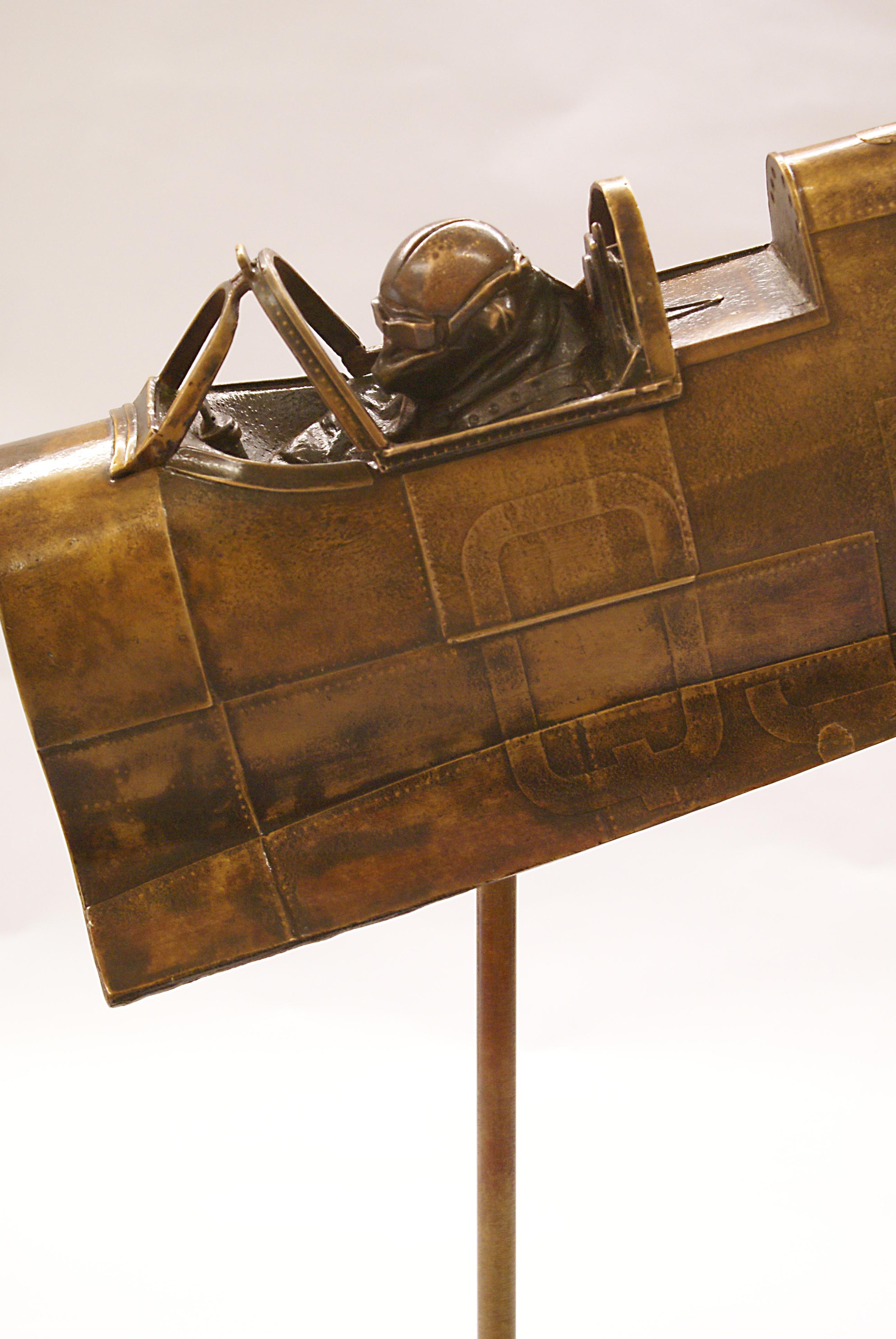 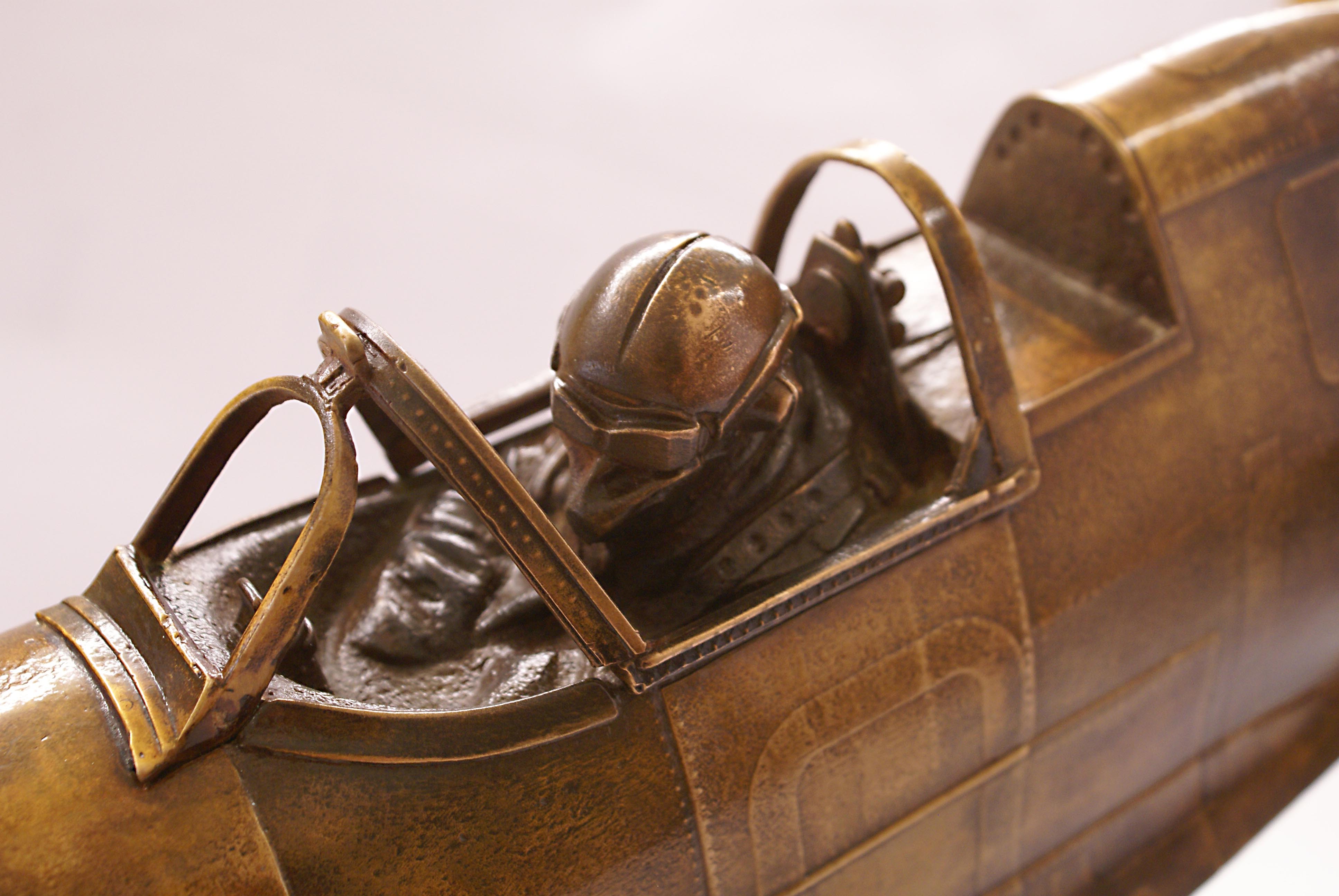 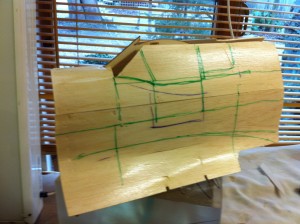 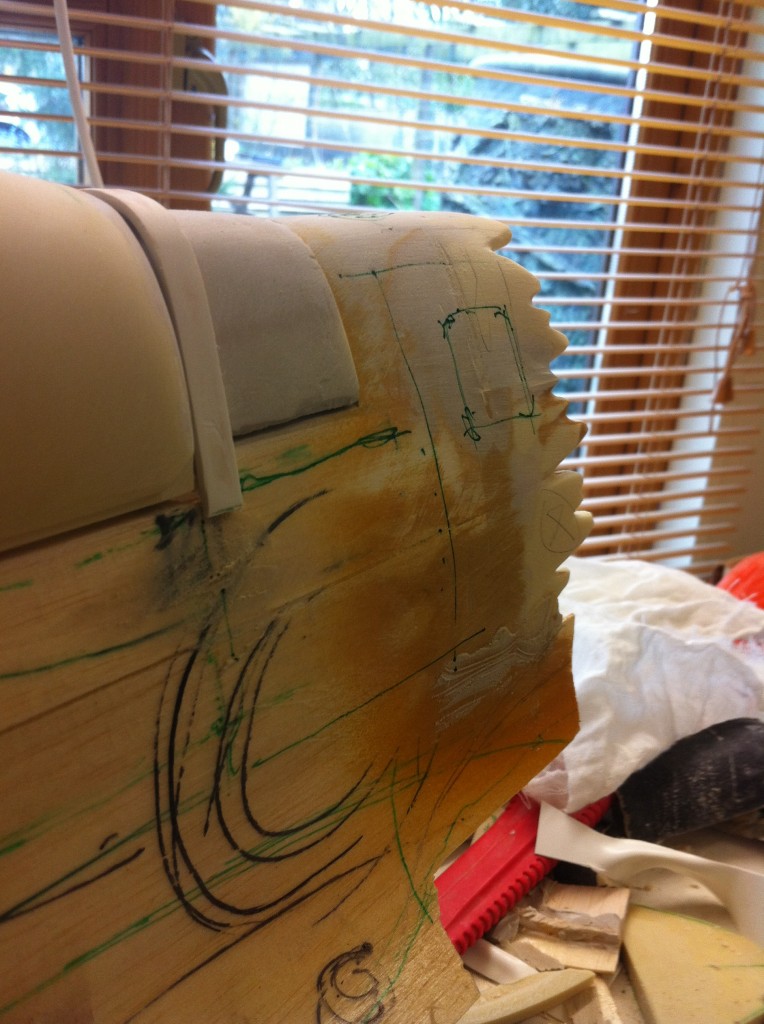 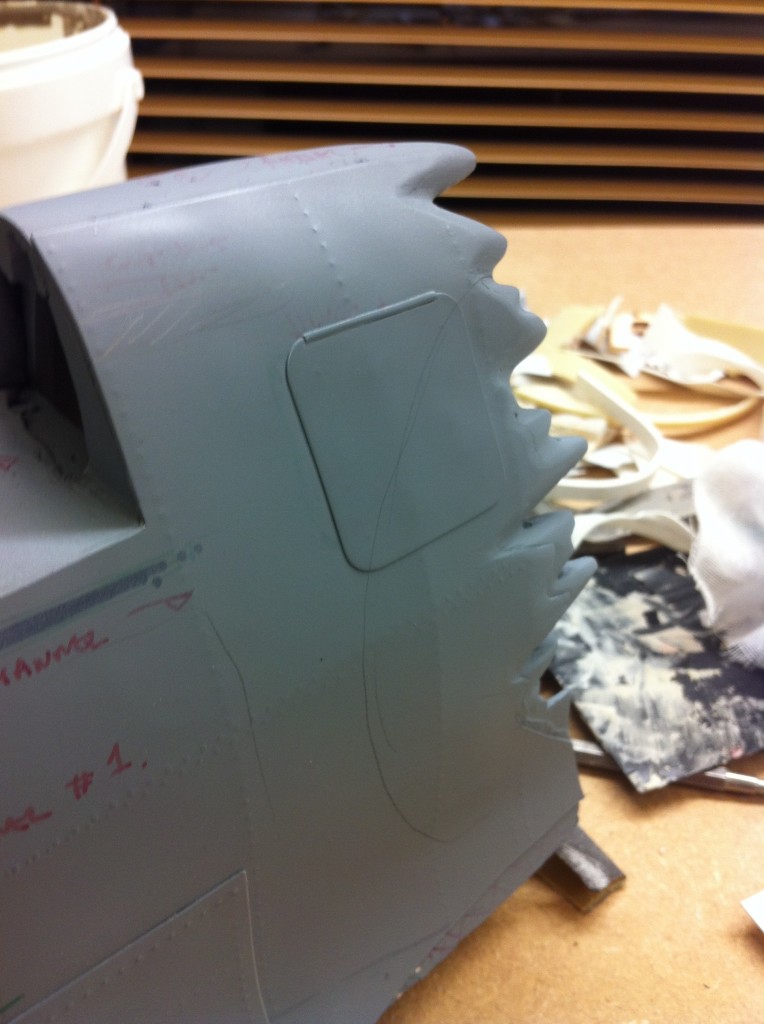 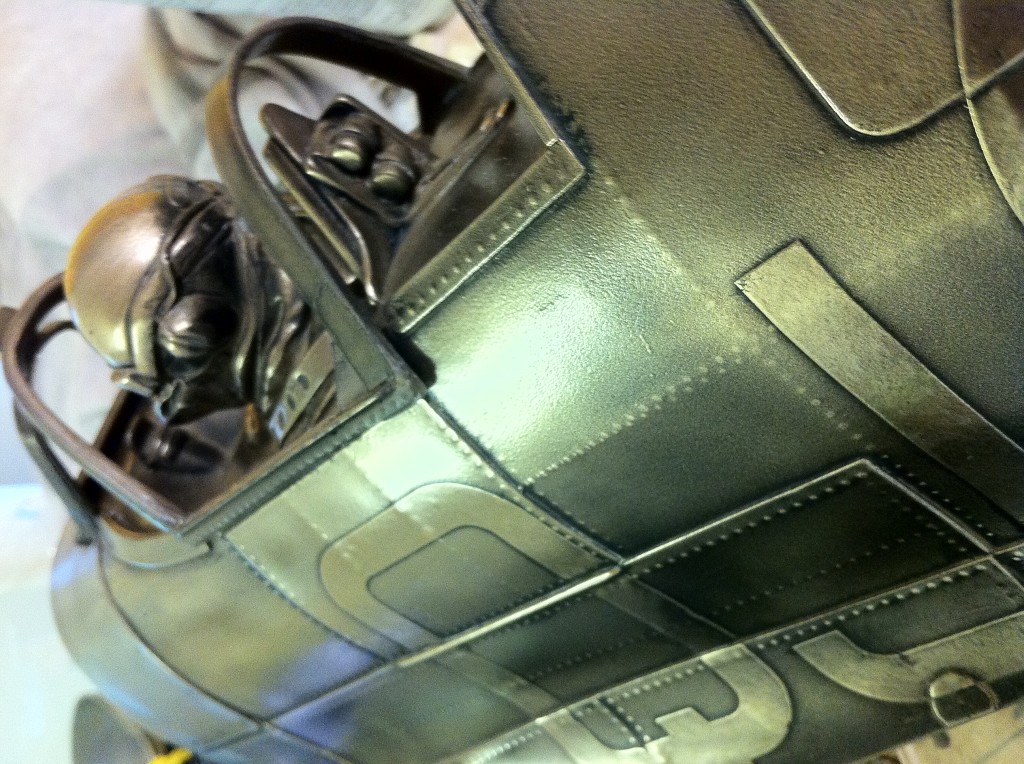 This is the first wax to be created, it sits on one side of the silicon robber mould i made

Wax demoulded with its canopy, which is a seperate casting, resting on the body

Latest edition to be shown at the Goodwood Festival of Speed this week at Bonhams 016/025 edition number. From the rough casting at the foundry to the polished section with the canopy silver soldered to the body of the Spitfire.

The patination is slowly built up using a lot of heat from a large nozzle propane torch while applying ferric nitrates to the surface to build up the patina. Finally using lower heat wax is appiled hot to the surface, left to cool then polished by hand to get the almost glass like shine. Hot hot work but the results are always so satisfying. Start to finish of an ‘Endeavour’ edition Sqd Leader Wellum DFC in his Spitfire during the Battle of Britain 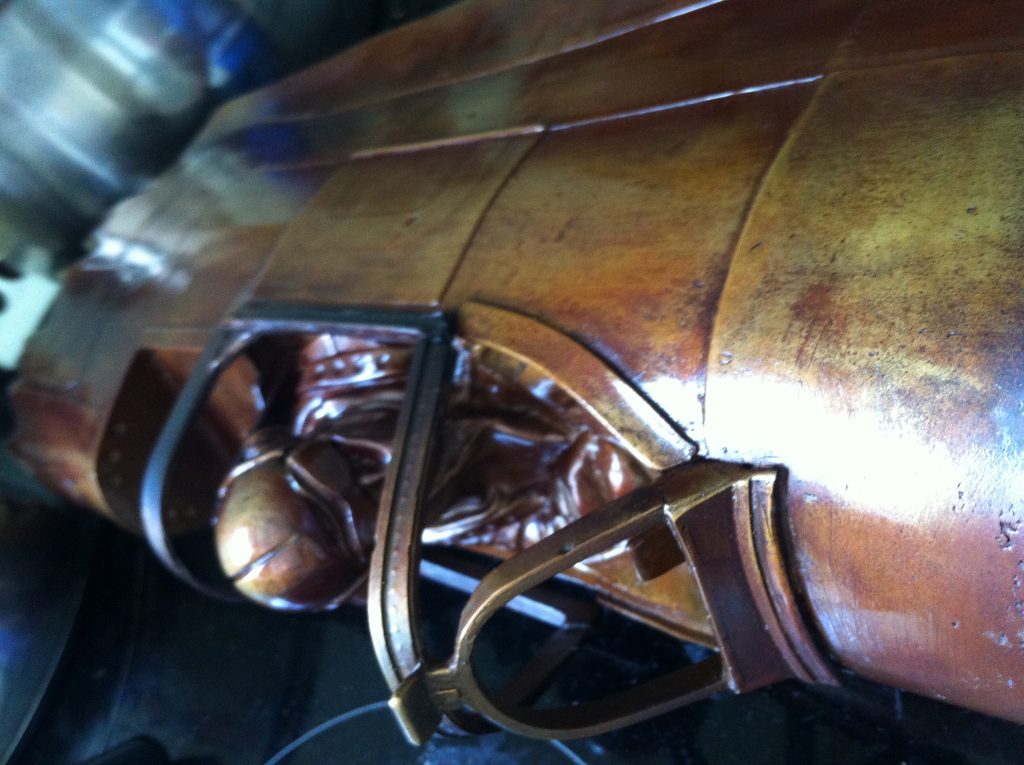 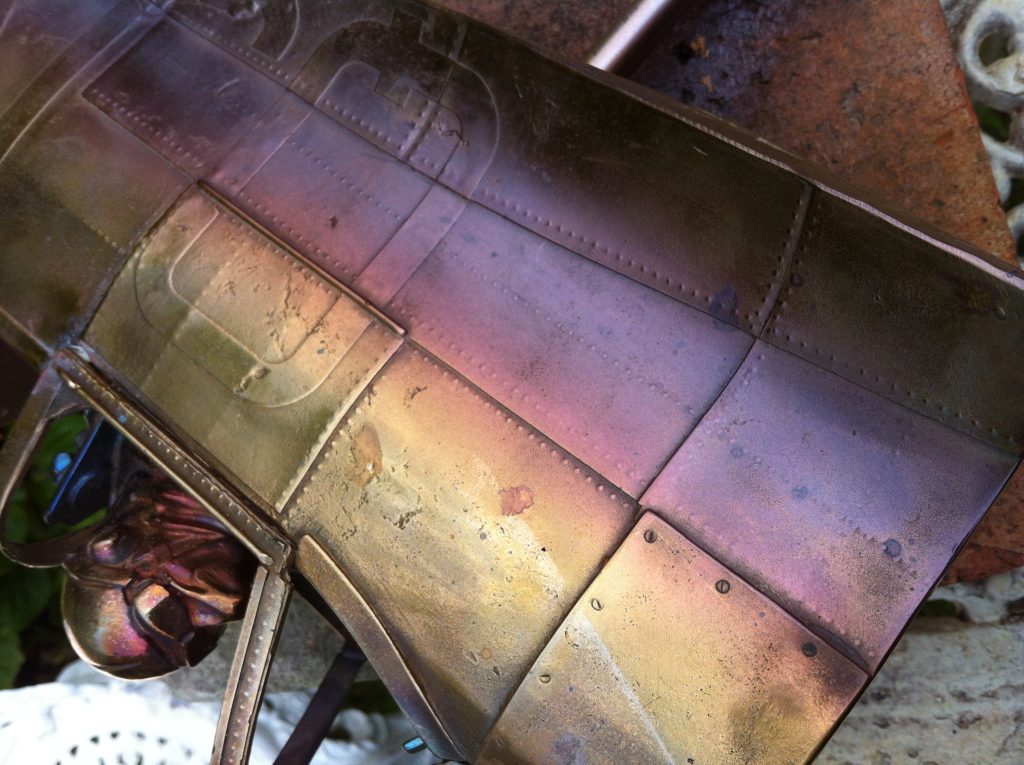 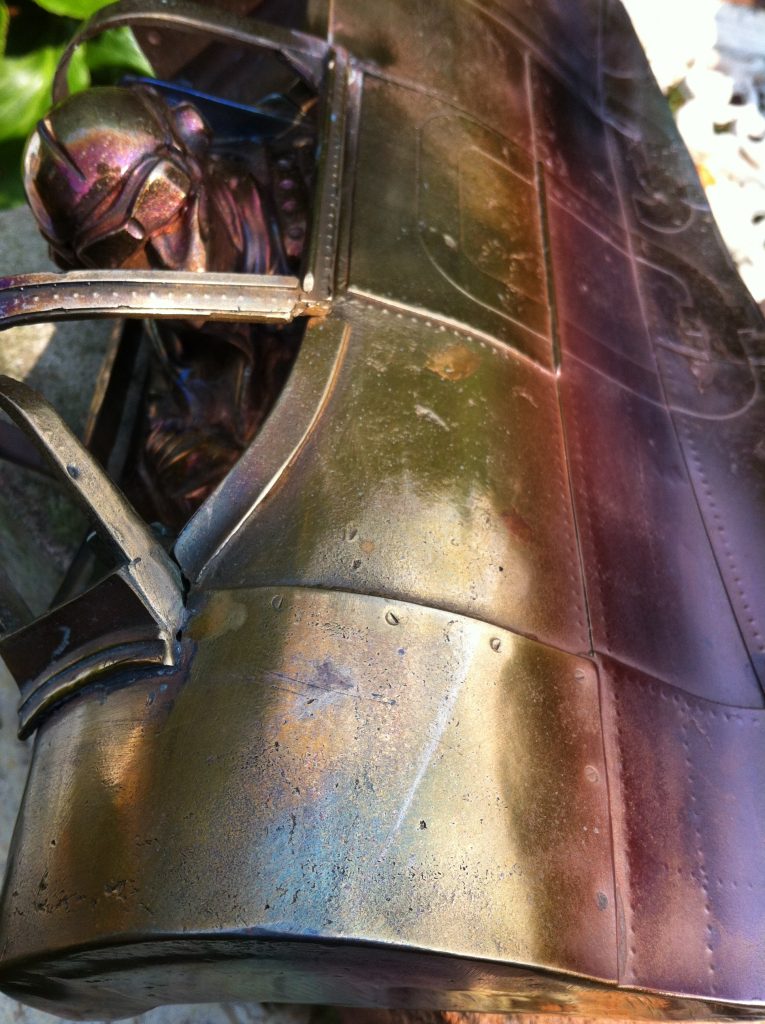 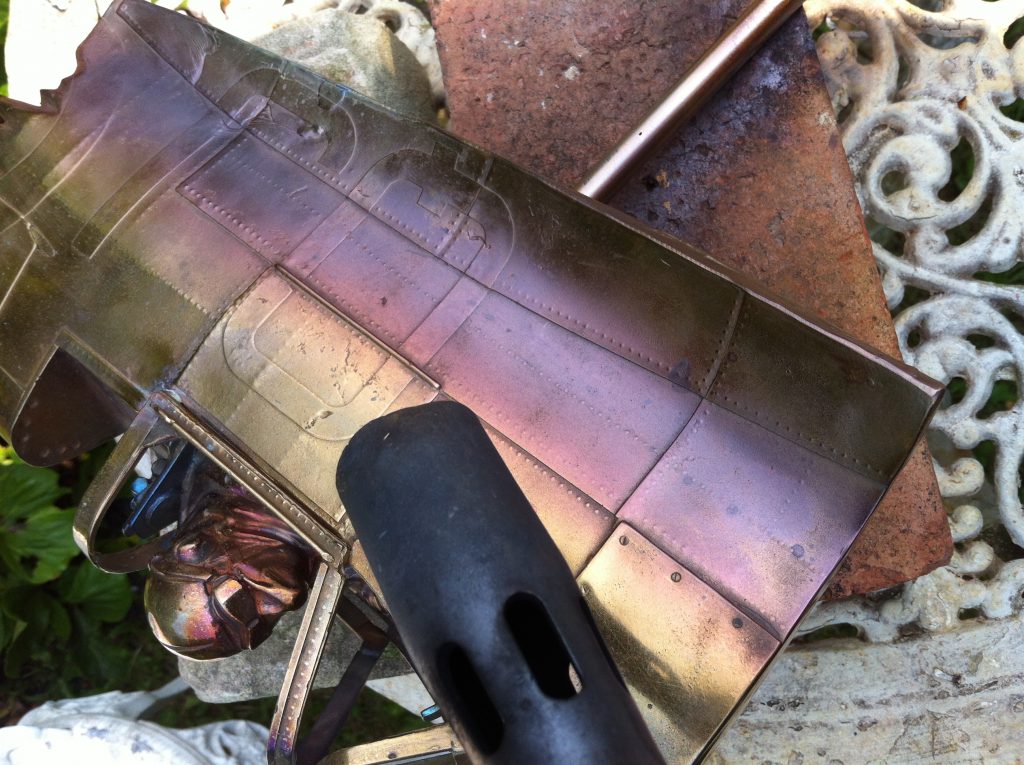 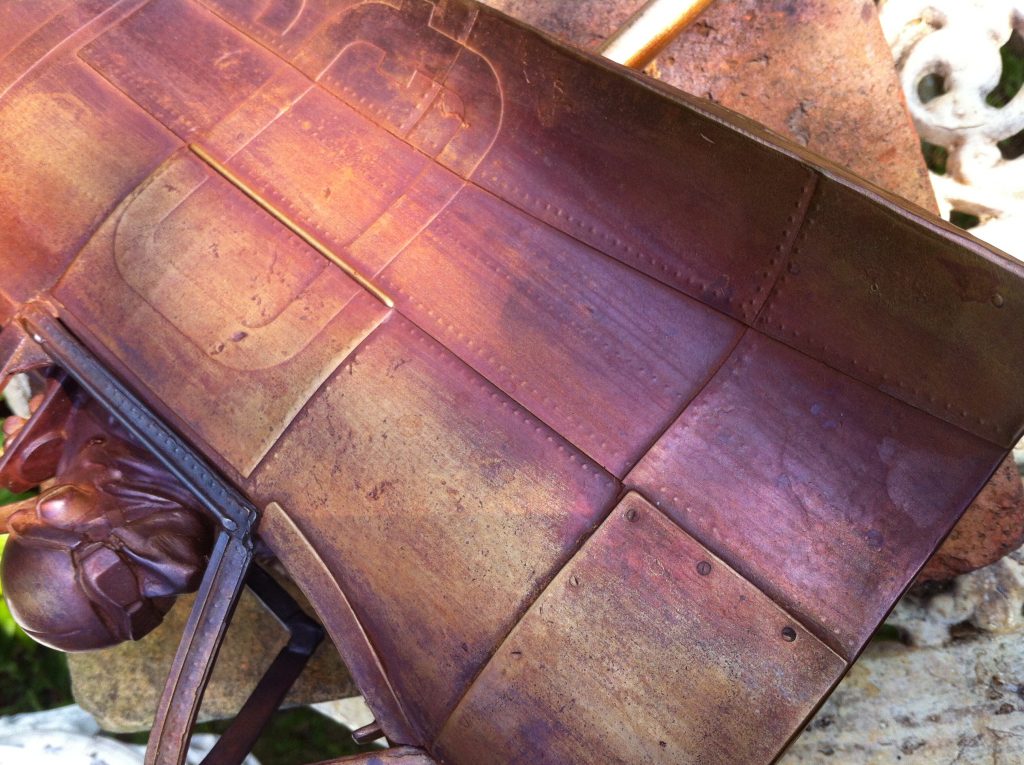 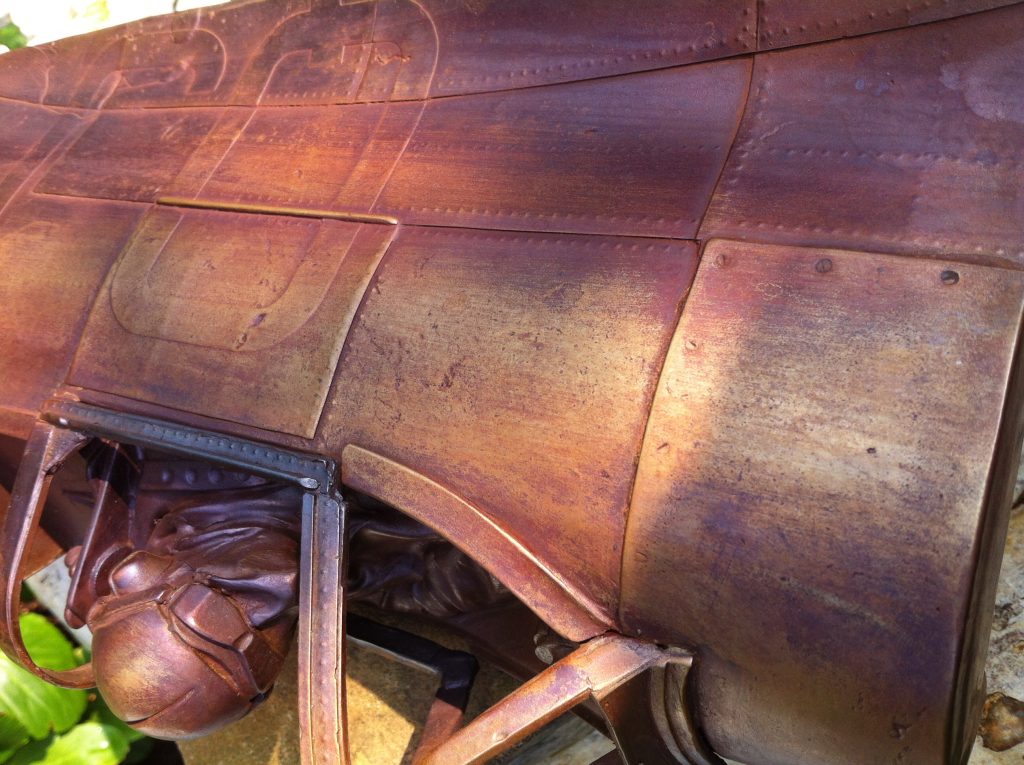 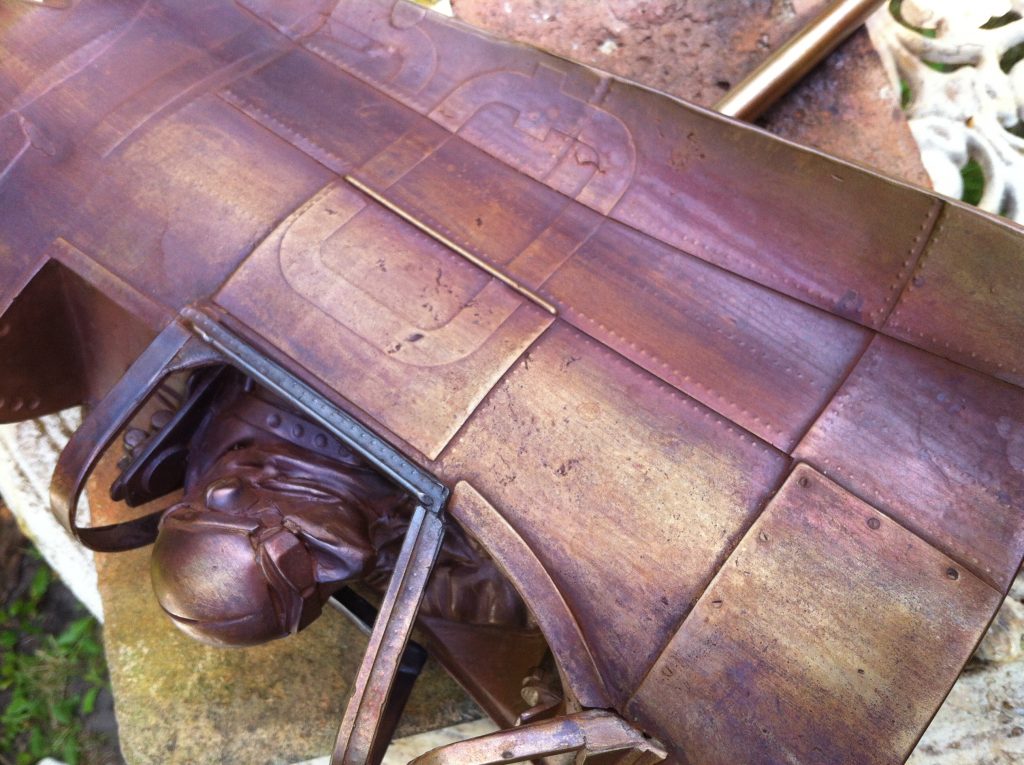 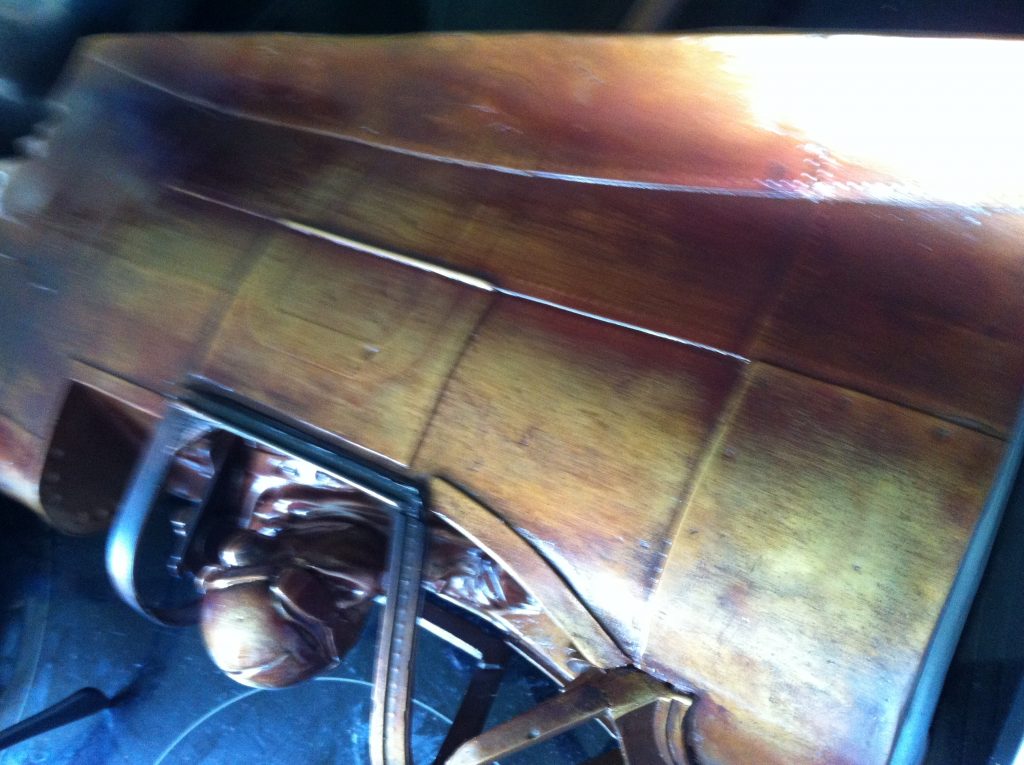 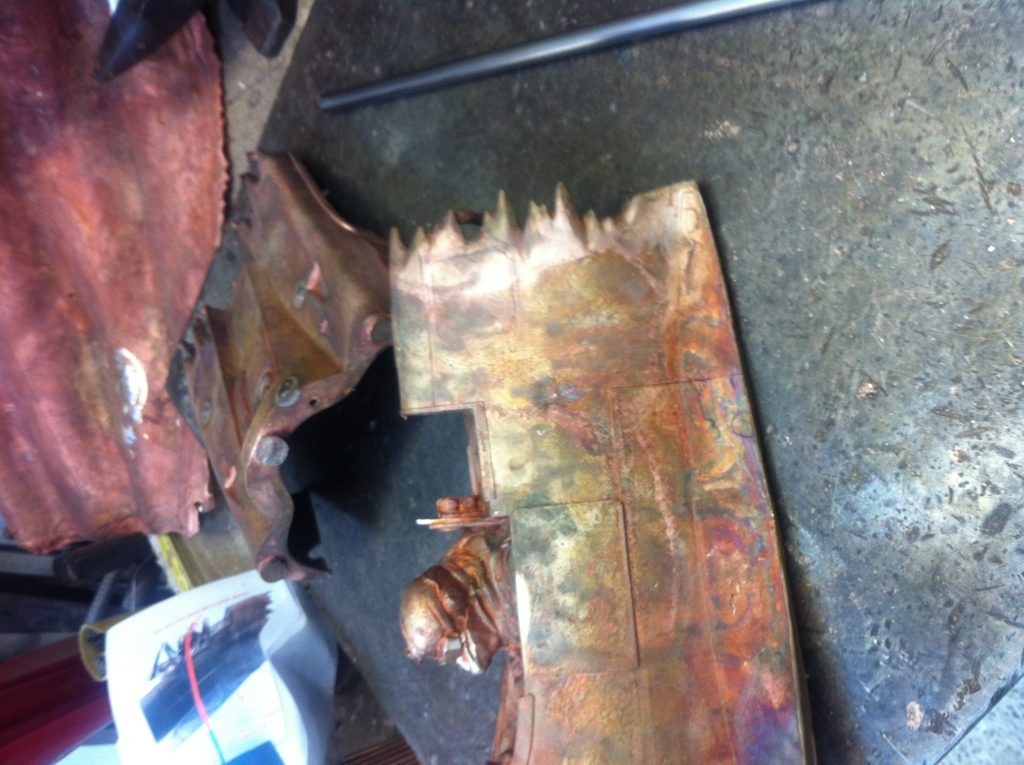