An optical experience in respect of the Photo Reconnaisance Unit who flew bravely, unarmed and fast to capture vital images.

Develop your own picture by viewing different angles of the cube.

This solid cube weighs 13kg and is about 22cm cubed, containing two solid blue hand cast and finished Spitfires which have been encased within the main sculpture, and is the 5th attempt to create this work the other four attempts failing in the process of creation.

Accepted for the Guild of Aviation Artists (GAvA) 2013 and is a new field of more abstract work for Gregory. Glass clear resin with blue pigmented resin spitfires within.

This is the first of two artists proofs AP001/002, with a subsequent edition of 10, individually numbered and signed Exhibited at The Mall galleries 2013, as part of the Guild of Aviation Artists annual exhibition. 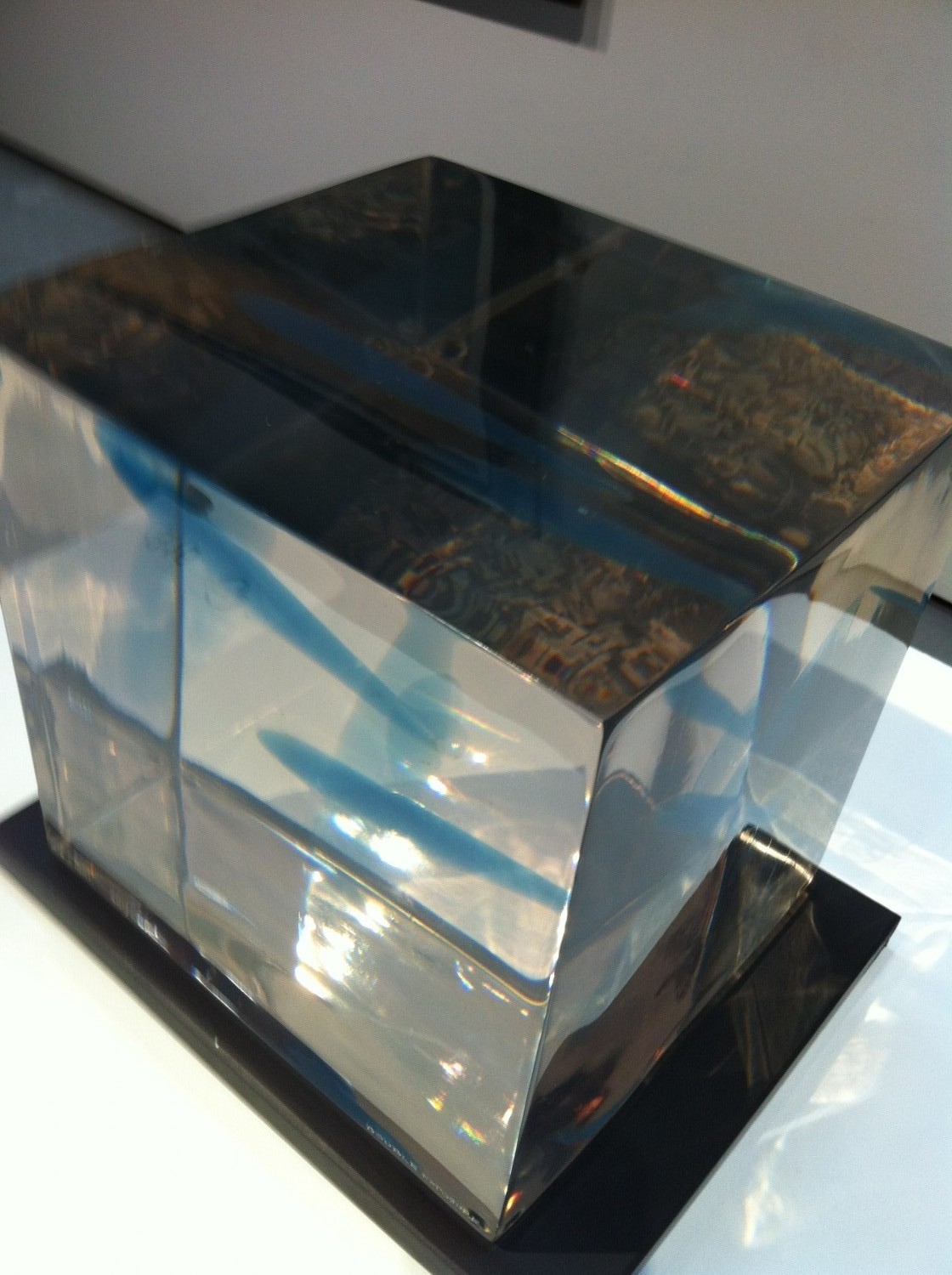 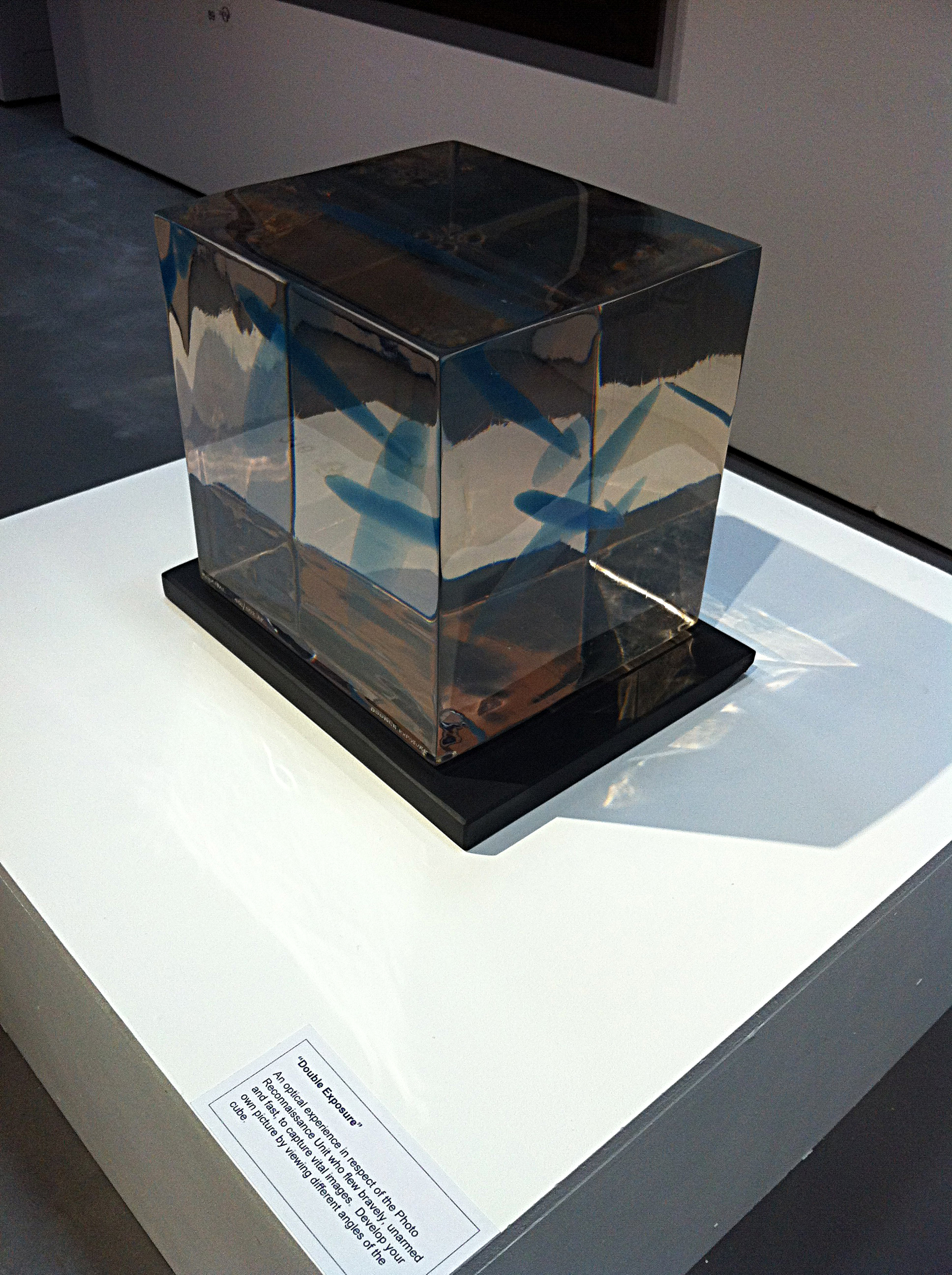 When early operations proved the vulnerability of the Blenheims and Lysanders, in October 1939 the Australian Sidney Cotton, Acting Wing Commander of the newly formed and highly secret “Heston Flight”, met with Air Chief Marshal Hugh Dowding, AOC of Fighter Command and persuaded him to release two Spitfires to his unit. 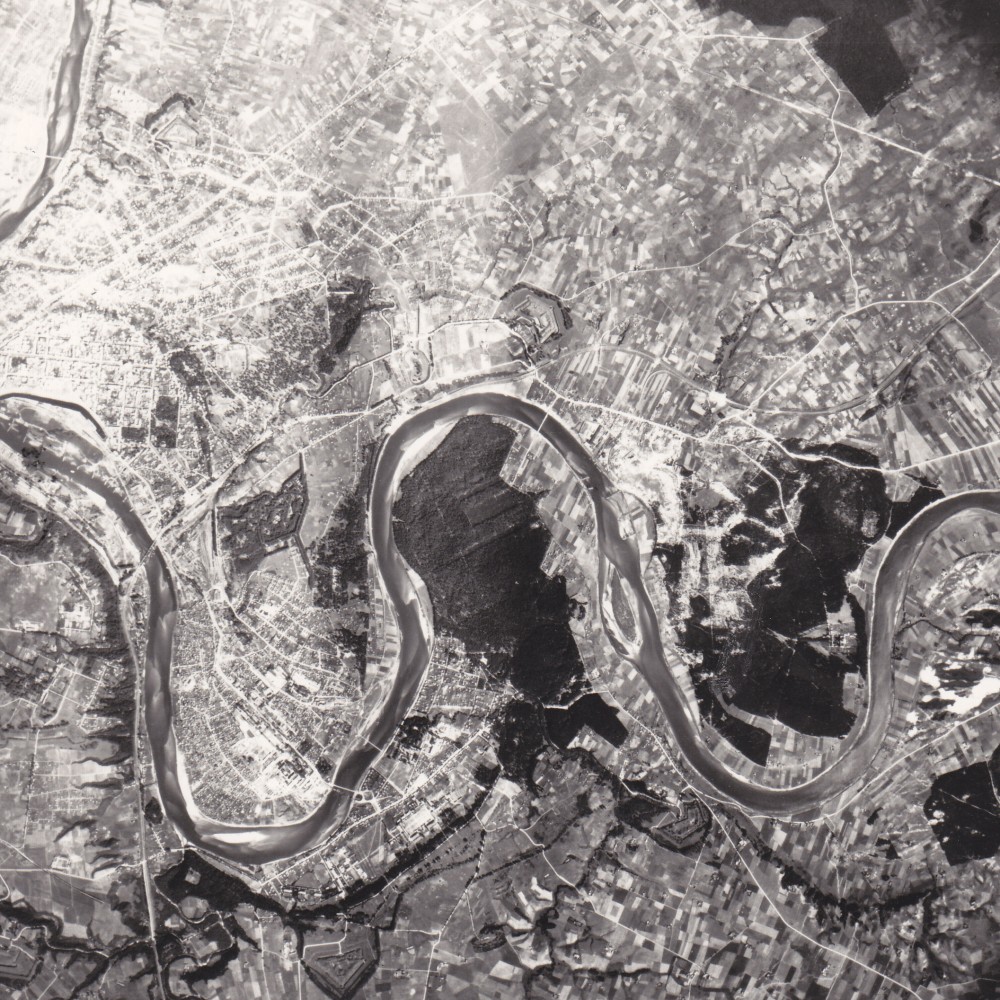 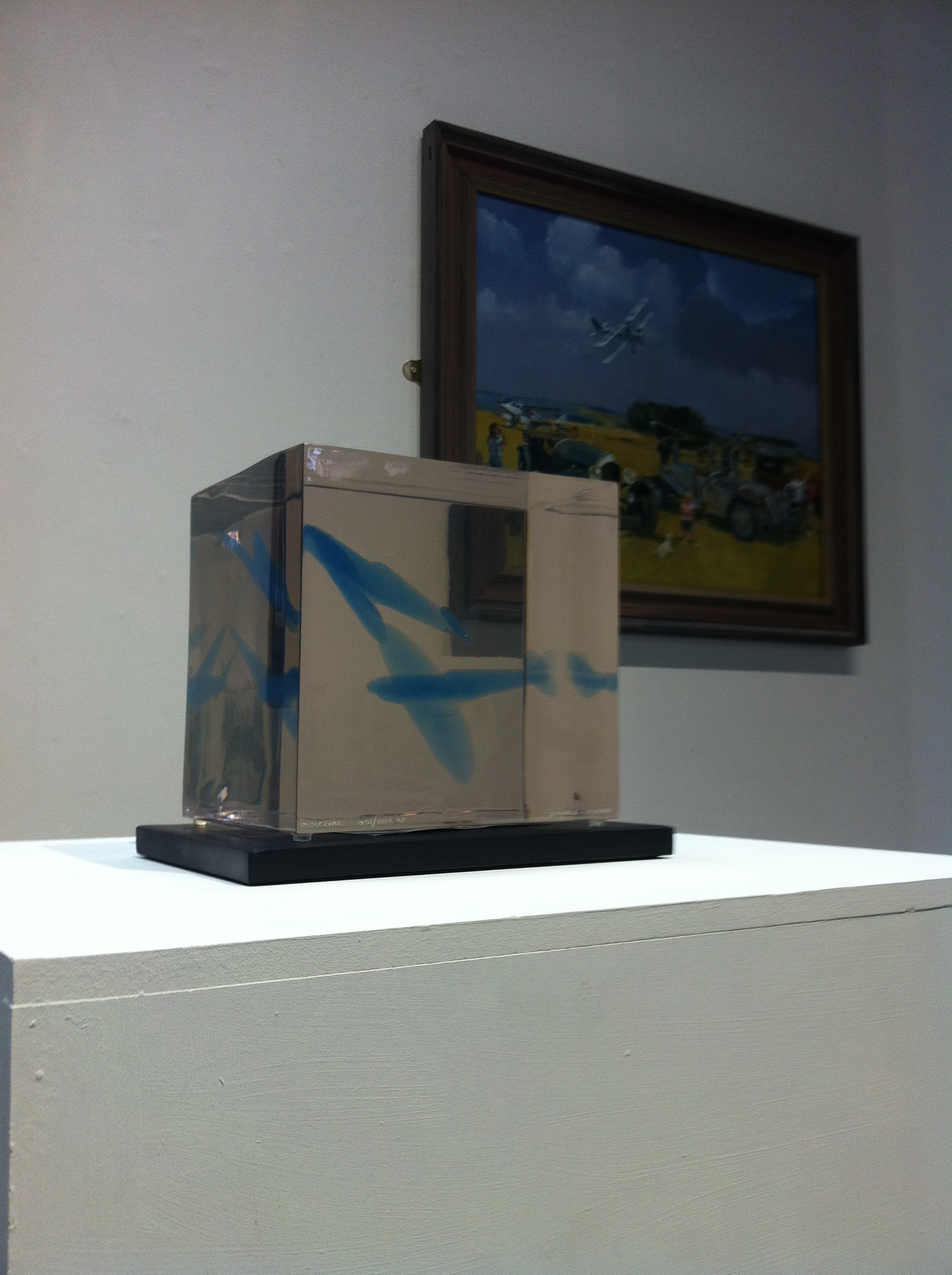 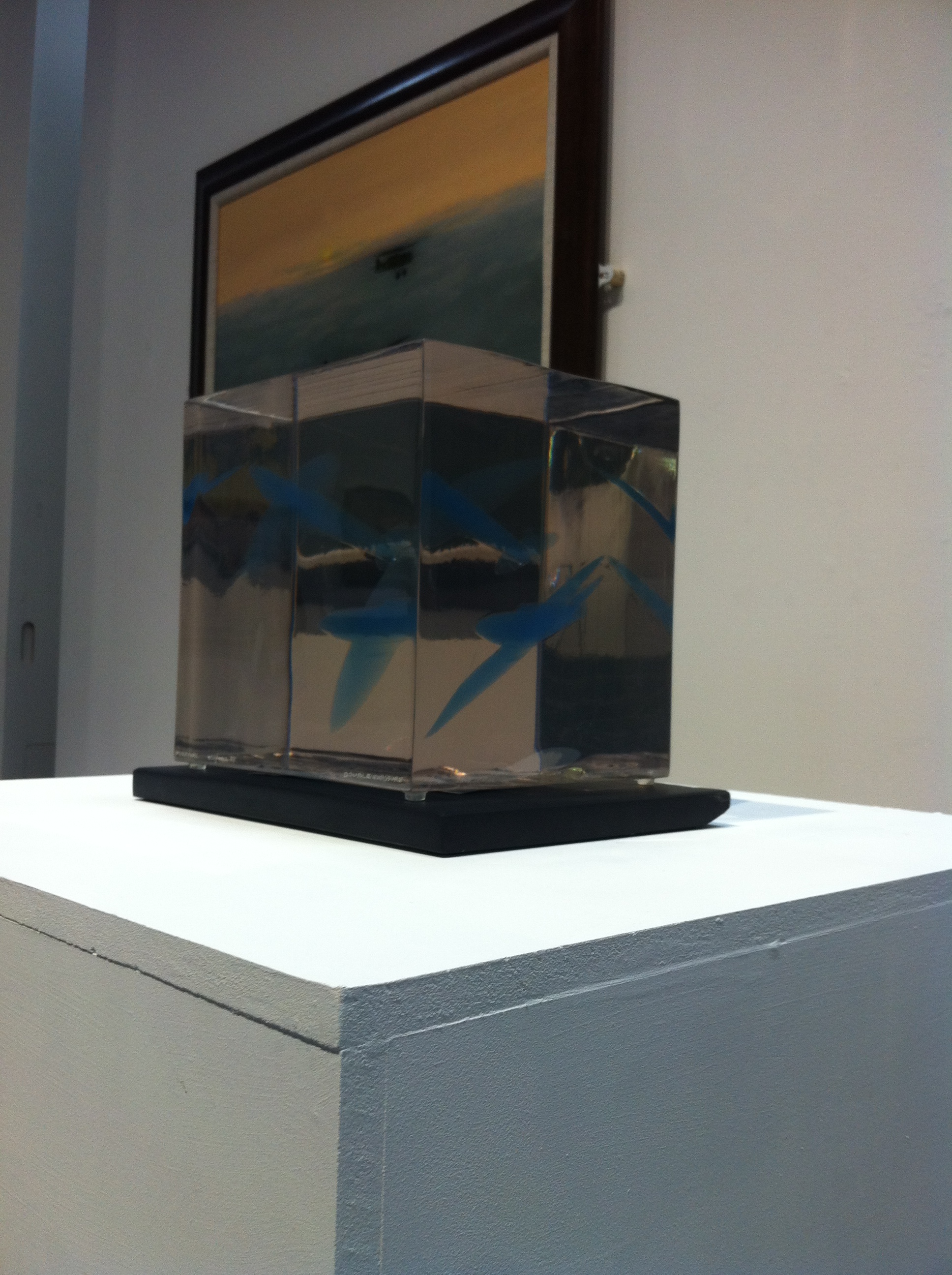